THE MANY LAYERS OF LADIES' FASHION 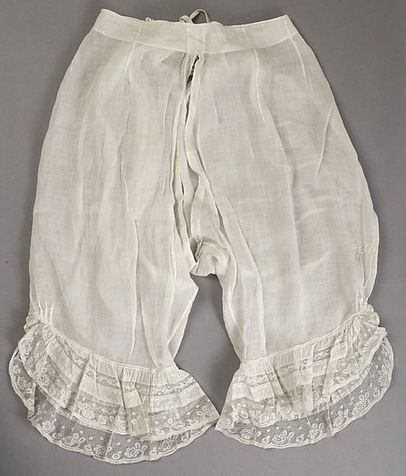 Working stays would be worn by women who needed to be able to move and work free from the confines of a corset. Stays generally had a shoulder strap, less boning, and could lace in either the front or back.
Hoop Skirts
Hoop skirts, also called crinolines or "cage crinolines," are the undergarment responsible for the iconic ladies' silhouette of this period. Hoops were first made from whalebone, and were later made of steel. 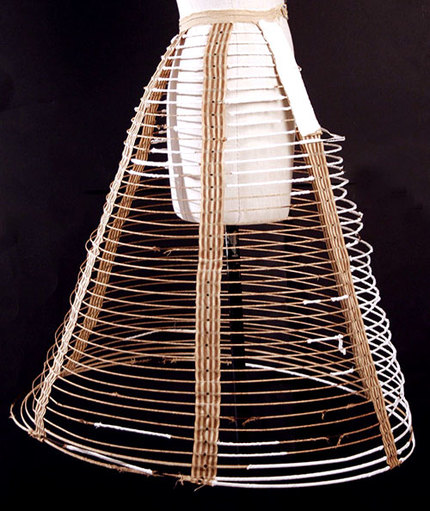 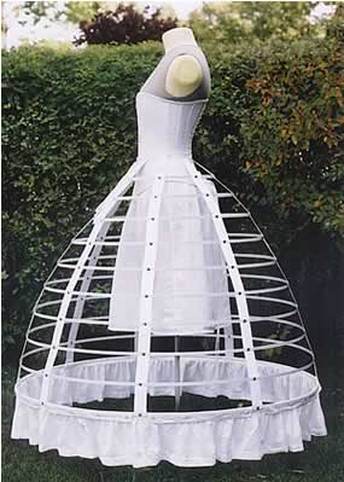 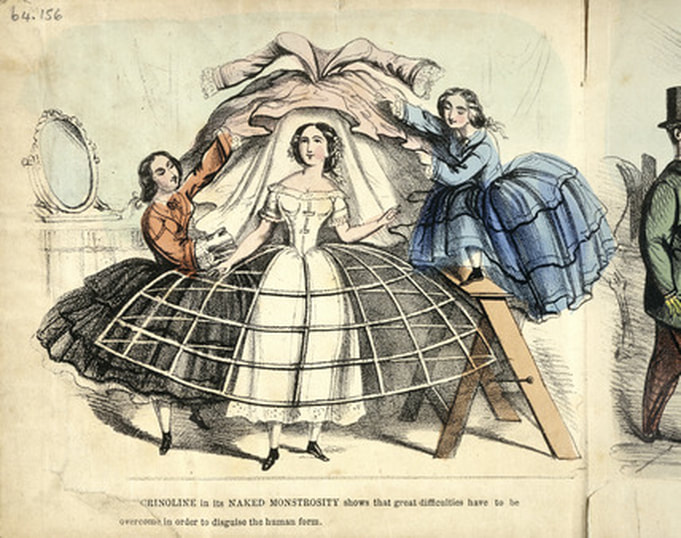 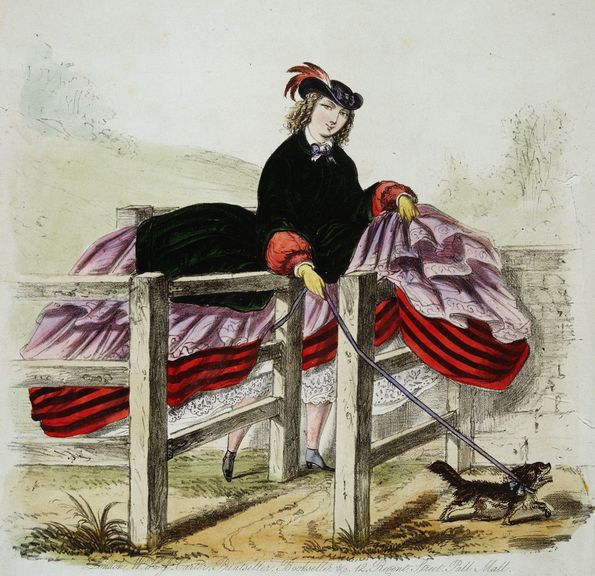 Gowns
Day dresses in this period were often two piece gowns, with the bodice hooking into the skirt at the waist. Sleeves were set low, necklines were set high, and collars and cuffs were often detachable for ease of washing. Calico, plaids, and stripes were all popular patterns. Advances in dyeing technologies resulted in brighter colored garments than previous periods. 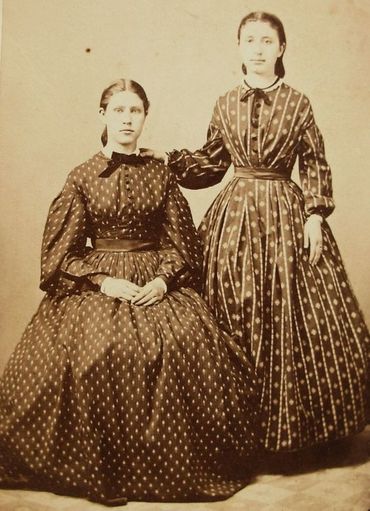 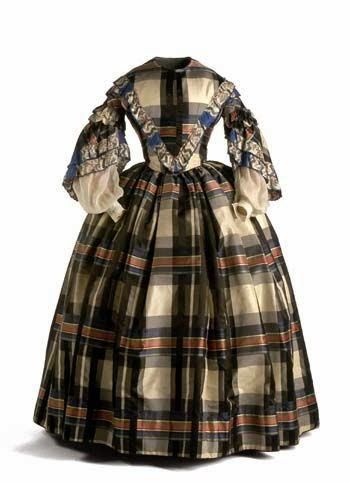 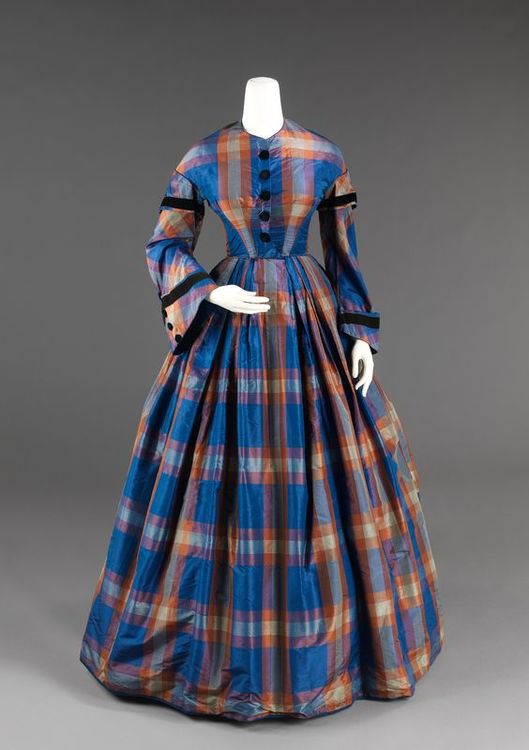 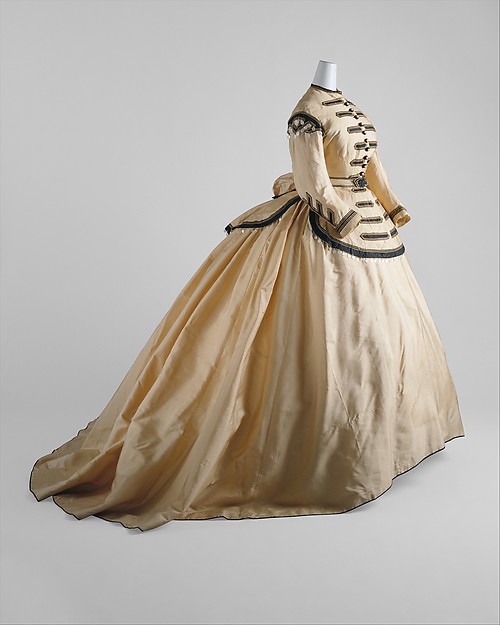 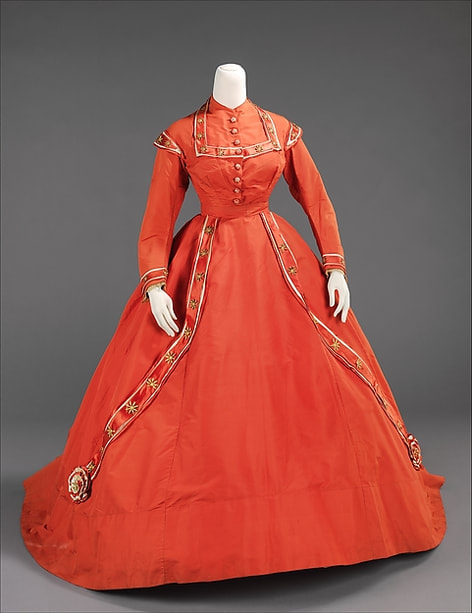 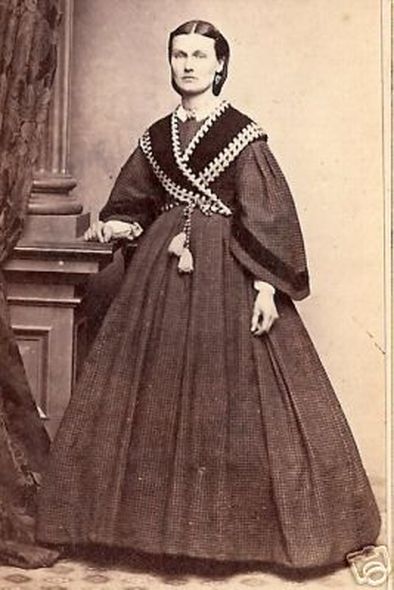 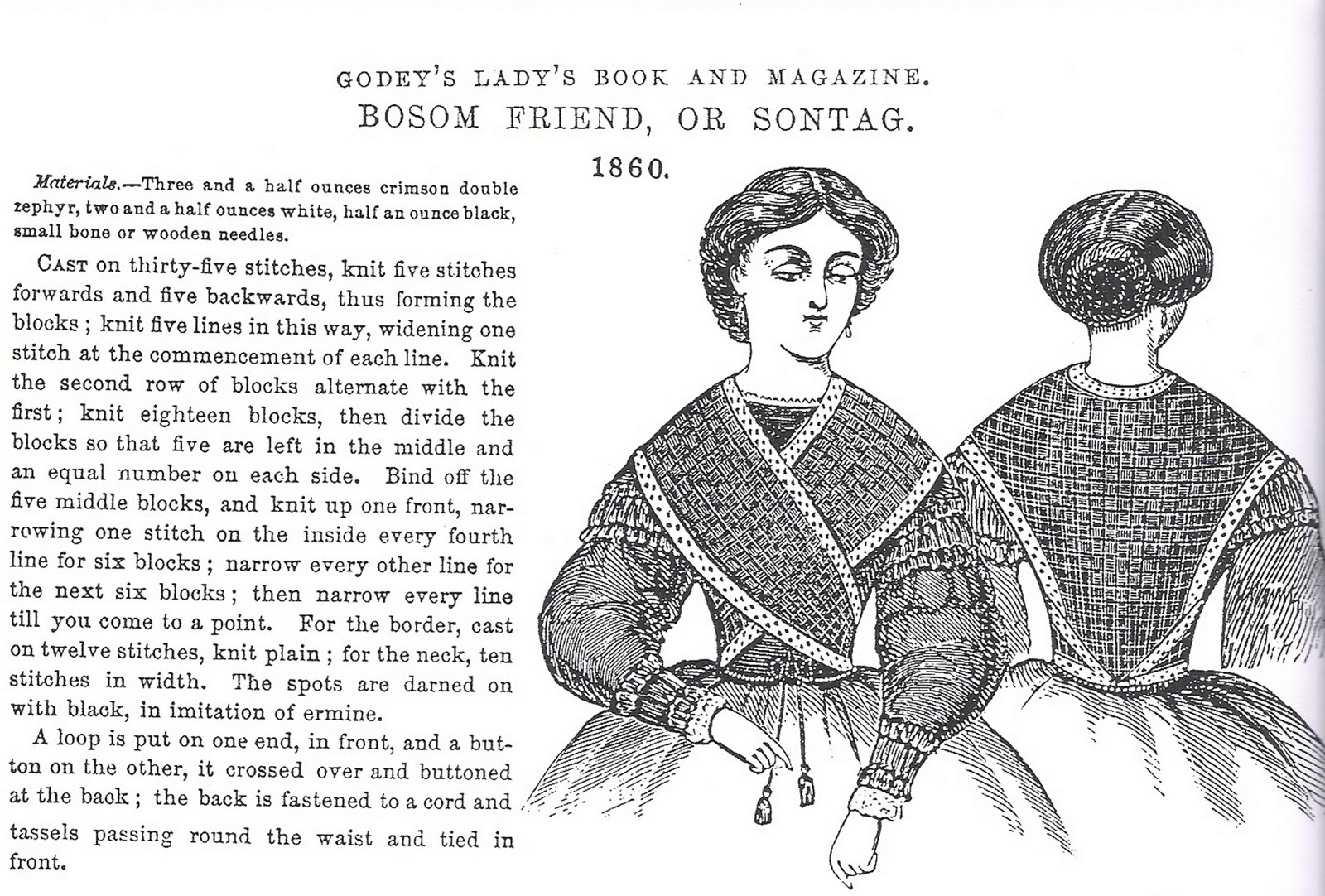 At the wedding of  Queen Victoria and Prince Albert in 1840, the bride wore white. This choice by Victoria is often credited as the beginning of white being the traditional color of wedding gowns. 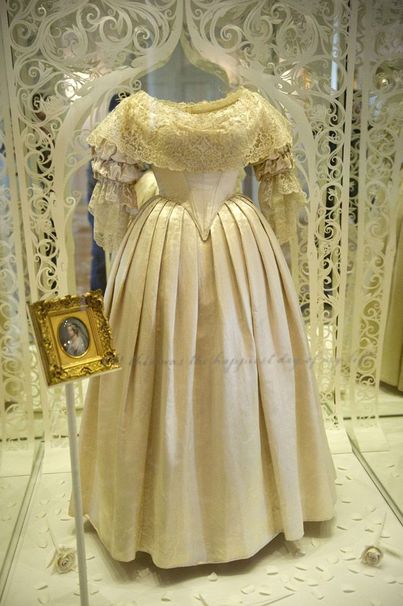 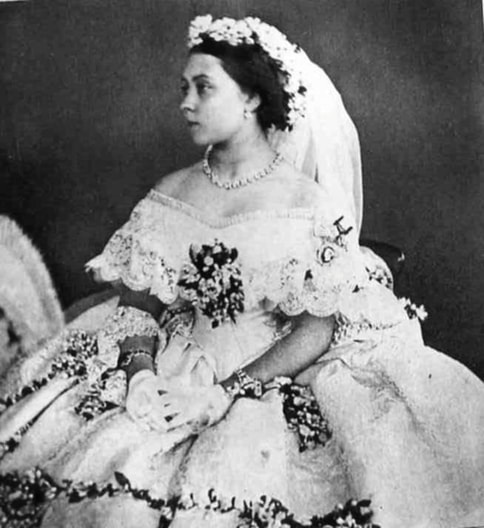 Princess Royal Victoria, Victoria and Albert's eldest child, on her wedding day in 1858

TRENDS IN PATTERS AND TRIMS 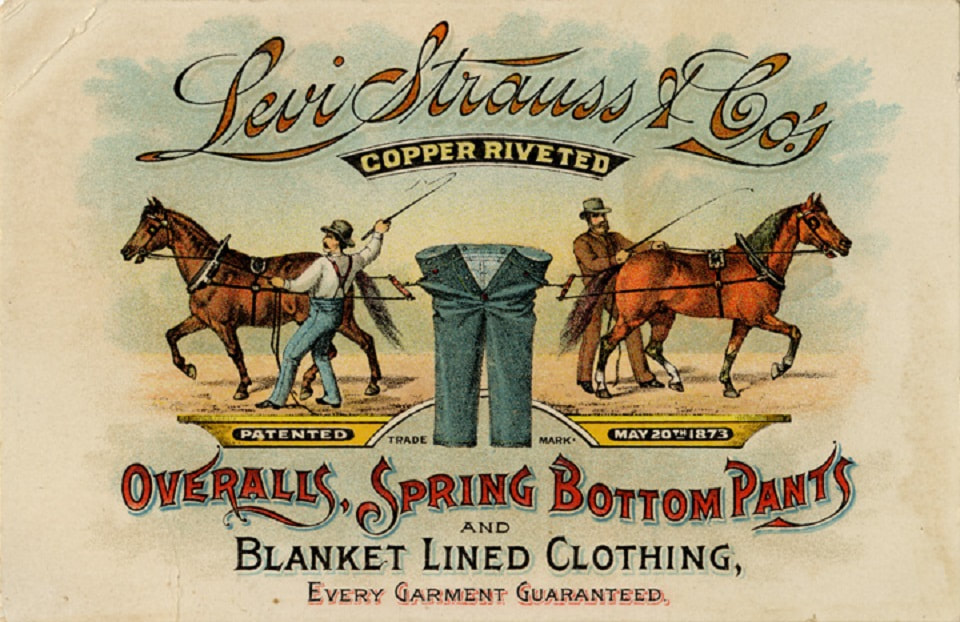 S/M/L/XL: THE BEGINNING OF CLOTHING SIZES

The success of the ready-made, generally-sized uniforms soon influenced the way men's clothing was produced and sold. Women's clothing doesn't follow suit for a little while - women's clothing would still be largely custom-made or made at home until around the 1920's. 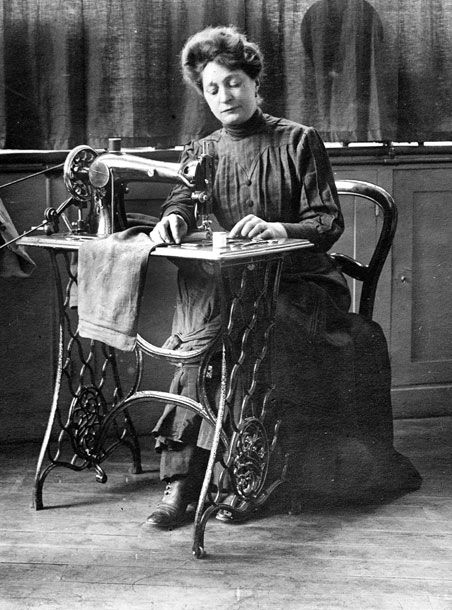 "The war generated an immediate and enormous demand for ready-to-wear uniforms: the Northern army wore out over a million and a half uniforms a year. Such quantities could only be supplied by sewing machines."
- Survey of Historic Costume, ​Eubank and Tortora, 2010
Sources and links
http://txcwcivilian.org/
http://www.victoriana.com/Victorian-Fashion/crinoline.htm
https://www.youtube.com/channel/UCMiEzc1RhHcSYvgn9OWAC5w
vintagefashionguild.org/fashion
https://www.metmuseum.org/art/collection/search/159335
http://www.mfa.org/collections/object/dress-578623
http://blog.fashionmetric.com/a-brief-history-of-standard-apparel-sizing/