In 1938, the world was introduced to Superman in the pages of Action Comics #1. After that, the comics industry was forever changed. Business was booming, thanks in part to the high number of new heroes, mostly toeing the line between entertainment and propaganda, that arose during WWII. With the great rise in interest in sales during the 40s, demand for new content was an ever present specter over the heads of publishers. In the 1940s, a new genre of comic book started to arrive on store shelves, the horror comic. By the end of 1954, they would become so controversial that they warranted discussion in the Senate Subcommittee Hearings on Juvenile Delinquency, causing the comics industry to begin to censor itself for content. 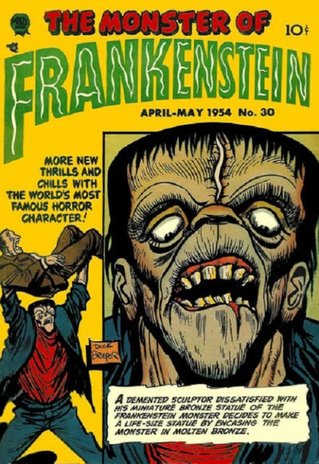 In 1940, what is commonly agreed upon as being the first horror comic, Frankenstein, was published by Prize Comics. The next series of note to be published was Suspense Comics in 1943. Some would argue that the true beginning of the horror comics genre was Adventures Into the Unknown in 1948.

The appeal of horror comics in this time is that they largely were in opposition to the ideal versions of American life in the 1950s. They were almost the exact antithesis of a Norman Rockwell painting. 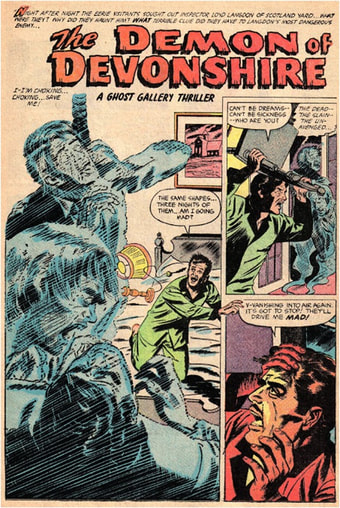 Many of the themes of horror comics were directly tied to WWII and the aftermath faced by soldiers returning home. A popular storyline featured a man haunted by spirits, which is an allusion to the effects of PTSD in soldiers that returned home. Following the invention and implementation of the atomic bomb, science was front and center in many modern American's minds. Whether it was the constant promises of the beautiful and technologically advanced future that were presented in fairs across the globe, or the paranoia created by the Cold War, the excitement and dread focused on scientific advances was brought to the forefront in horror comics. Stories featured alien invasions, science experiments gone horribly wrong, motifs of the effects of an atomic bomb such as a mushroom cloud or a human body melting, and storylines directly involving people paying for what they did in the war.

One particular storyline featured a young married couple who adopts a child. During the story, we discover that the little girl is actually some sort of werewolf, mutant creature that changes in the night. After the husband has been killed, the wife reveals that the girl is actually her biological daughter who was born as the bomb dropped in Hiroshima where the woman was a prisoner of war. The theme of nuclear holocaust and the horrors of science are overt and haunting in a story such as this. 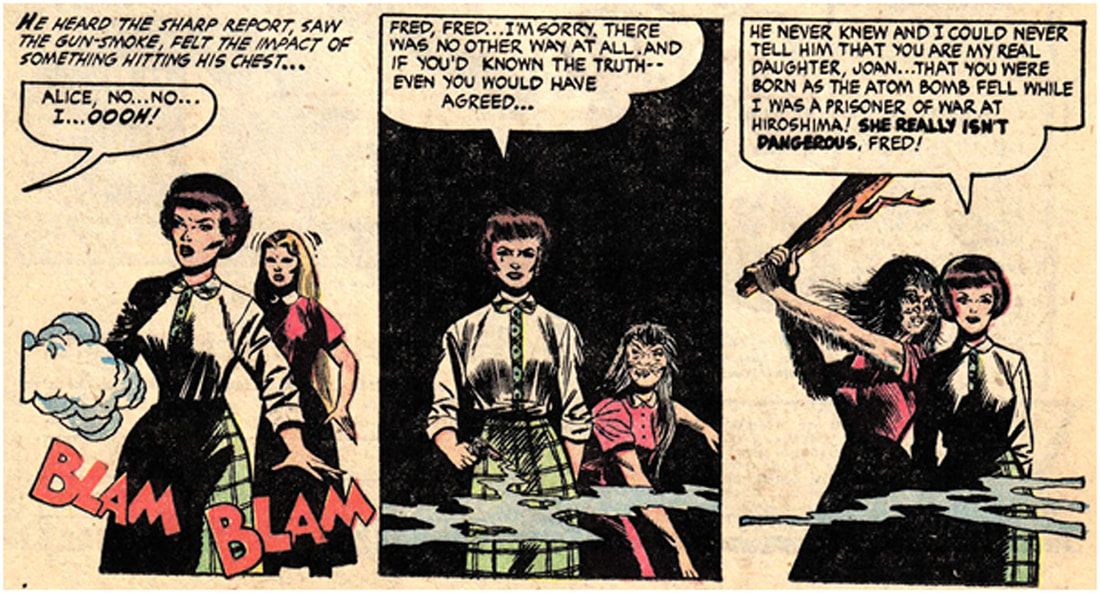 Horror comics were not only concerned with events overseas, they also commented indirectly upon the effects of war at home. Schoell notes the “appallingly sexist” nature of many of the representations of women found across the genre (Schoell, 2014, p. 40). Women are often murdered or “punished” within the narrative for acts of deviance (generally failing to show sufficient subservience to men, usually through being an inattentive or overly‐demanding wife or girlfriend). Women who exercise power, typically through a criminal organization, supernatural means, or seductive charm, are particularly likely to suffer (often tacitly sexual) violence. This can be seen as an unconscious illustration of Elaine Tyler May's argument that “profound connections existed among anxieties over sexual roles, the Cold War,” and the ideologies of “traditional” family roles being forcefully advocated across American society through popular culture (May, 1989, p. 155).

The archetypal horror comics cover shows a buxom woman in a state of undress recoiling in fear from a monster (Figure 5). In many cases (as with the Ghost Comics #6 cover shown below), female characters were depicted with arched backs and parted lips—poses that suggest both pain and sexual climax. 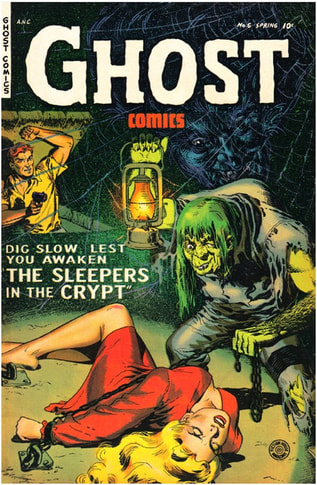 Horror comics were also regularly platforms for artists and writers to air their anti-racism sentiments to the masses. the most notable of these stories is "The Whipping" from Shock SuspenStories in May of 1954. In the story, a bigoted father is opposed to his daughter's relationship with a Mexican man and organizes a lynching mob to kill him- but ends up accidentally killing his daughter. 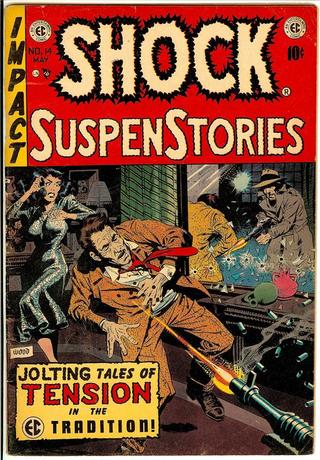 The graphic and violent nature of horror comics caught the eye of adults that were worried about delinquency in teenagers during the 1950s. It was believed that horror comics were negatively affecting the ability of the US to "resist communist penetration, or their increased susceptibility to sexual practices seen as deviant, such as sado‐masochism or homosexuality". In 1954, The Senate Subcommittee Hearings on Juvenile Delinquency led to the creation of the Comics Code Authority.

"The comics that remained after the imposition of the code contained virtually nothing that could upset anyone. The Comics Code of 1954 ruled out the ongoing publication of crime and horror series while also establishing new criteria on what could be represented in comic books. Regulations restricted the representation of women, respected institutions such as law enforcement, the government, and marriage, and, most importantly, codified the idea that comic books were read solely by children. Under the auspices of the Comics Code Authority, comics no longer posed the same apparent level of threat as emergent cultural forms such as rock n' roll music. Projects of social critique aimed at the large audience of more mature readers, many of which could be found during the early 1950s, were therefore ruled out. In order to escape further censure, comics became what their critics had always imagined they were: something purely for children. The brief, grotesque, bloom of the horror comic, however, requires further consideration, given its ability to work through the significant trauma of the past and anxieties about the present and future in complex and detailed ways." (Smith, Goodrum 2017) 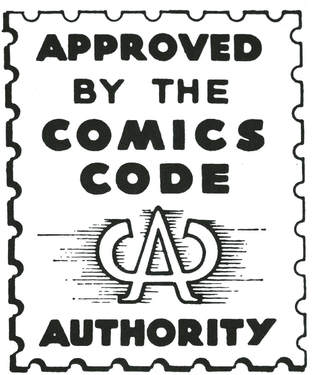